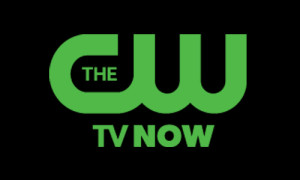 The CW was the last network to announce its new fall schedule today in New York City during upfronts week. What followed was some decries that the netlet had gotten it all wrong. Reasons? Well, for one, they paired Beauty and the Beast together, they didn’t pair The Originals with its parental show The Vampire Diaries, and it moved The Carrie Diaries to Fridays. All in all, here’s what the schedule looks like, with all new episodes beginning in October yet again:

Mondays
8pm | Hart of Dixie
9pm | Beauty and the Beast

On tap for midseason: the six-episode final season of Nikita and new series The 100 and Star-Crossed. Obviously, there was going to be upset; there are changes on every single night of the network. But peering closer, we can actually begin to make sense of the scheduling.

Let’s begin on Mondays, where Hart of Dixie and Beauty and the Beast have been paired off. Frankly, this may be the most weirdly combined night. But to begin, both shows have central romance themes — but that’s not uncommon for a CW series. Otherwise, both series are high in the women demographic — which, again, is not unusual for The CW. In that respect, it perhaps doesn’t even matter much whether or not both series’ genres align, as long as their audience crossover, right?

On Tuesdays, The Originals has been used to anchor the night with Supernatural leading into local programming at 9pm. At first glance, this may be alarming. How do they expect a new series to self-start!? Shouldn’t The Originals have been paired with The Vampire Diaries?! No. The simple answer is no it should not have. The CW has reaped the benefits of having a new series self-start this season: Arrow began on its own in the Wednesdays at 8pm slot and premiered to good ratings for the network, remaining steady throughout the season. But The Originals has the upper-hand here, anyway: people know about The Originals. The Originals is coming into the season with lots of pre-knowledge from the audience, since its a spin-off centered on prominent fan-favorite characters of The CW’s biggest series The Vampire Diaries. In short, it should be able to self-start and not need the cushion of TVD. In some respects, The Originals may even skew more male than Vampire Diaries, which you could argue could have been great counter-programming against Grey’s Anatomy Thursdays at 9pm. But The CW isn’t looking to pack all it has into one night.

No, it’s smartly trying to show growth on several nights of the week. It worked for Wednesdays this season, and now the network is trying to target all of midweek: Tuesday, Wednesday, and Thursday. Pairing The Originals with proven hole-plugger Supernatural is reassurance that they could fix the problem that Tuesdays has been for them. And if The Originals can’t self-start, it probably wasn’t going to help much on Thursdays anyway.

Wednesdays just make sense, obviously. Ordinary people, extraordinary abilities. Two action-adventure somewhat-superhero series. And Fridays, more so. The Carrie Diaries has shown to have decent ratings on Fridays in repeats, so originals should only do better, and frankly I don’t know why it wasn’t paired with America’s Next Top Model (which will probably air on Fridays until beyond all of our deaths) before.

The only baffling tidbit is holding out on six Nikita episodes until midseason. It’s been reported that The CW is thinking more about later in the fall than typical midseason, so perhaps the network will use it to fill in time when a new show fails and the take it off the air (which it will) until one of the other midseason replacements come in to salvage that time slot. They need time to promote those others shows while still having something air in that time slot.

All in all, The CW seems to be thinking strategically about expanding the amount of nights where it doesn’t have problems, by including Tuesday into that mix. And I hope it works out for them.

Here are clips/trailers from The CW’s new shows: